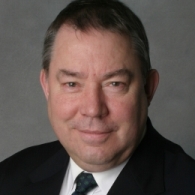 Alan Harpham, BSc, MBA, CMC, FAPM, FIBC, described himself as being on his fourth career, as what Charles Handy calls ‘a portfolio manager’. Sadly, he passwed away in January 2014.

Alan was the Chairman of the APM Group, an accreditation, registration and examination certification body for key elements of best practice in programme and project management, ITIL, and change management. It works with its main partners to develop a wide range of activities that broaden the application of best practice. The Group was originally established as the trading arm of the Association for Project Management, but is now independent. He was also a Strategic Assignment Consultant with the Office of Government Commerce (part of the UK Treasury).

He was chairman of Workplace Ministry Hertfordshire and Bedfordshire. He was also on the board of the International Center for Spirit at Work and a member of the selection committee of the International Spirit at Work Awards. He chaired two ethics committees – the Science and Engineering Research Ethics Committee at Cranfield University which includes psychological research, and SPD’s ethics committee, a medical research company.

Alan was co-owner and a founding director of P5 – the Power of Projects, a consultancy specialising in the application of project and programme management in owner/client organisations. He was also a trustee of a number of charitable organisations including MODEM, and The Friends of the Bedford Child Development Centre. He was a founding member of the Jury for the IPMA International Project Management Awards and continued as such until 2006.

He was a former Managing Director and senior consultant of Nichols Associates (now part of The Nichols Group), one of the UK’s leading consultancies in project and change management. Before this Alan was an early Director of Cranfield University’s MSc in Project Management and started his own project management consultancy. Alan’s early career was as an engineer and line manager with John Laing, where he rose to become Overseas Contracts Manager for its M&E activities. His M&E experience included construction of the UK’s first major North Sea oilrig, and a large contract for a PVC plant in Poland where he took a significant proportion of the workforce from the UK.

Alan’s personal interests include spirit in work (he wa a co-editor of MODEM’s e-zine ‘Spirit in Work’), he was founding chairman of MODEM, he was a co-member of Association of Spirit at Work and a former Steward of Spirit in Business. He liked hill walking, scrambling, international travelling, good food and company, and watching rugby.

Alan had extensive programme and project management consultancy experience with many blue chip organisations and had run personal development and Executive coaching programmes for over 100 major clients in many diverse sectors, including aerospace, construction, financial services, health care, IS/IT, manufacturing, transportation and utilities.

Alan has written about change management, inspirational leadership, managing successful programmes, management by projects, the Politics and politics of projects, managing cultural differences, the Project context, maturity models, life-work integration, spirit at work, why would a businessman study theology?, and many other topics.