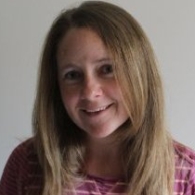 Following graduation with a Geography degree in 1994, Paula Newton worked for a lengthy stint at the British Broadcasting Corporation, in a variety of co-ordination roles.

In 1999, Paula left the BBC to join Open Interactive, the team who brought the first interactive television into the world. Here she managed a large scheduling team in a dynamic and extremely fast-moving and pressurised environment in the early start-up and initial growth phases of the company.

Open Interactive was bought out by BSkyB in 2001, and Paula moved and grew with the company, helping with the complex operational integration process and managing large operational teams with a focus on customer service and continuous improvement. While gaining a wide variety of management experience, Paula also worked towards her MBA which she received in 2004, with distinction.

In 2005, Paula left the UK for Ecuador’s sunnier climate, and is now one of the growing number of so-called, ‘white-collar nomads’, that is, those people who use the wonders of modern technology to their advantage to live, work and provide business consultancy solutions to clients from all over the world.

Aside from her business experience, Paula is also a writer and editor, with a number of travel guidebooks under her belt which were written for a start-up Travel 2.0 company called, Viva Travel Guides (www.vivatravelguides.com). The books focus on Ecuador, Peru and a variety of other locations in Latin America.