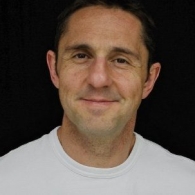 Conflict is an intrinsic and inevitable by product of human interaction. On the one hand it can be a force for change, innovation and progress and on the other can be destructive where relationships and results are the casualties.

Being able to communicate effectively is an essential skill for every manager but being able to do it when under pressure and the stakes are high requires more than just skill – it requires a radical shift in mindset.

Aled has worked with many leadership teams and organisations in the UK, Europe and Africa helping them to improve the quality of their relationships, decision-making and results. His approach is rooted in core values of transparency, accountability, curiosity and compassion as is based on the idea that the way we act and the consequences we create begin with our mindset. Unfortunately when we are under pressure and the stakes are high we become susceptible to a way of thinking that creates conflicts and negative unintended consequences for ourselves and stakeholders.

Aled first trained as a mediator in South Africa during the late 90’s. He has worked extensively in many conflict zones in West and Central Africa before becoming a full-time mediator and facilitator in the UK. Before becoming a mediator Aled was a professional commercial diver running his business in Angola. He is also founder of MediatorAcademy.com – the most comprehensive resource for new and aspiring mediators on the web.

He’s an avid Welsh rugby supporter and an ultra runner, completing the toughest footrace on the planet, the Marathon des Sables in 2014.